Women, emotions and the impact of that on the relationship with money.

The Law of Attraction is the ability to attract into our lives whatever we are focusing on. It is believed that this law uses the power of the mind to translate whatever is in our thoughts and materialize that into reality. In basic terms, all thoughts turn into things eventually. If you focus on negative doom and gloom you will remain under that cloud. If you focus on positive thoughts and have goals that you aim to achieve, you will find a way to achieve them with massive action. The Law of Attraction dictates that whatever can be imagined and held in the mind’s eye is achievable if you take action on a plan to get to where you want to be.

So how does any of this relate to money? Simply put, money is not about finances but all about emotions. And our emotions are largely driven by how we think. Women are generally known to be  the more emotional gender and therefore, led by it. A study done by the National Center for Women and Retirement Research (NCWRR) showed a direct correlation between a woman’s personality characteristics and her financial habits. Assertiveness, openness to change and an optimistic outlook are the qualities that tend to lead to smart money choices.

But somehow, as a financial advisor I have often found the topic of financial management to be a stumbling block among women. Well, to a large extent it’s ignorance about long-term money management techniques that still prevails among them. A big part of this can also be attributed to negative emotions like fear, shame and anger which lead to knowledge gaps and anxiety. Looking at these closely, here are some of my observations.

These emotions can often deter women to overcome their confidence gap (the measure of women’s confidence in their ability to attain their financial goals or simply to have sound financial knowledge). Added to that is the lack of any form of financial education in schools. As a result of this, it’s commonly observed that women still throw their hands up when it comes to making long-term financial decisions about savings and investments.

The truth about money is determined by how we approach it, how we think about it and how we handle it. Going back to the Law of Attraction, if people constantly think negatively about money, they are bound to be plagued by money problems their whole life. But people who feel like money is something that’s within their control, they are more likely to become successful and create more wealth for themselves. Those are the people who instead of complaining about their lack of money, educate themselves about money. Financial intelligence is the basis for growing wealth.

As rightly put by Benjamin Franklin, “An investment in knowledge pays the best interest.” This would be the very basis to conquering the mental block arising out of all the negative emotions for anyone, but more so for women. A change in our financial situation starts with a change in how we think about money and that can easily be achieved if we arm ourselves with financial literacy. Understanding the basics of savings & investments (that go much beyond just FDs or LIC savings), by getting familiar with financial products and industry jargon, by talking to financial advisors to widen that knowledge base and learning how to use online money management tools are all the steps that can help women to have a view on long-term financial planning and also contribute towards making sound decisions about their future.

This financial education also eventually empowers women and teaches them not to necessarily rely on the male figure in the family for financial security. The empowerment also lends itself to having conversations around larger financial goals, establishing an emergency fund, techniques of handling the repayment of loans and so many of such important decisions. Using that knowledge to improve the current financial situation and not letting emotions come in the way is also a critical thing to note.

Emotions often work to sabotage the rationale. It’s obvious that having a lot of money can make one feel good about themself. But that feeling is fleeting. That high can lead to unnecessary and excessive spending. Instead of seeking that feeling through spending money, it’s far more important to realize that spending less on what’s not needed is the secret to creating wealth. And that realization can only come when you know at least the basics to wealth creation. Most importantly, this knowledge can remove fears, of losing money, of failure, or whatever is holding you back from making a financial plan and investing.

Emotions among many other things shape our personalities. In a critical aspect like financial planning, it’s important that women are in check with their emotions and get down to the simple basics of understanding the do’s and dont’s of it. Knowledge always helps to overcome the most negative feelings. So never shy away from stepping out of your comfort zone and learning more about what you don’t know enough of. It’s a simple logic. You’re accountable for your own financial future. Take ownership. 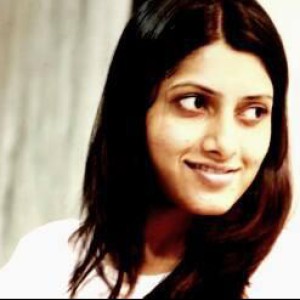 5 Common Money Mistakes We Make In Our 20s and 30s